You are having the time of your life, playing the game that you love in the digital realm and all of a sudden, a teammate starts acting rude. Your entire competitive zone is disrupted and the positive adrenaline rush gets destroyed within seconds. Such instances are indeed unfortunate.

The sad part is that people playing online games often face such issues of indecency and impoliteness and this leaves a negative impression on the entire gaming community in general. Although online gaming spaces have been quite popular for the last decade or so, a majority of the people using these spaces still don’t know what proper ‘gaming etiquettes’ are. And yes it is a thing, just like workplace etiquettes, though the latter might be strictly observed.

The gaming world helps us fulfil our fantasies as avatars with varying personas. This space might be a heaven for some to thrive in while others use it to channel out their stress and anger. Doing so isn’t such a bad thing through positive means, but being rude and ignorant to the feelings of other playing along is actually quite bad. To quell this issue of proper gaming etiquette, let us explain some basic yet necessary gaming manners that will ensure that this digital space becomes a source of comfort for people all across the globe. Without further ado, let us begin!

Turn off the mic!

This is the most basic of etiquettes that people fail to abide by. With the growing popularity of Battle Royale games like PUBG and COD Mobile, the number of people playing these titles is rapidly growing. Among these are a number of first time gamers. Since these games allow active communication between players in a team, most of the gamers leave their mics turned on.

What people don’t understand is that their background noise also transfers through to the other players. If you have noise in the background, it is bound to disrupt the experience of other players. They might have to mute you, but this step will also block the tactical information flowing between you guys. So, it is highly suggested to mute your mic when you aren’t playing or engaged in other activities in the background.

Don’t be a Quitter

There might be multiple instances in your gaming journey where you and your team are at the losing end and the defeat seems imminent. But that doesn’t mean you should quit the game, since that will ruin the fun and the motivation for other participants playing along. The tide of battle could turn at any instance in the digital realm and therefore, you need to take this into consideration.

One attribute that every gamer must possess is the sportsman’s spirit. It makes the digital gaming community an actual safe haven for gamers across the globe. When someone does something nice for you, for instance, support healing you in DOTA or purchasing a ward for you, be sure to appreciate them. Similarly, when a game ends, don’t hesitate to compliment your enemies over a game well played. Know that not everyone playing a game with you has access to a high speed internet, which can be extremely supportive in developing a winning streak. So, players from all over the world might be playing under unfavourable circumstances and all we need to do is appreciate their efforts to give them a sigh of relief and contentment.

There was a time when all of us were starting anew in the gaming realm. That’s when we needed a helping hand to get started with our gaming journey. What veteran players should realize is that new players aren’t simply fodder for them to feed on. Same goes for the noob/amateurs in your team. Don’t just use them as supports, rather try and help them be better players. What goes around comes back around, therefore any support they get will help them be supportive players for the next generation and therefore, the cycle of goodness continues, which by the way is desperately needed in the gaming world.

We cannot reinforce this enough, but the core purpose behind online gaming should be enjoyment and fulfilment. If that is not the case, even if you are playing competitively, then gaming itself will become a source of stress for you. An agitated player is bound to lash out on others and this creates an uncomfortable environment for all. Research states that gaming is among the best mediums to let out pent up frustration and anger, particularly among adults, and therefore it acts as a great medium for mediation, to say the least.

Avoid cheating at any costs

As the competitiveness grows in the online gaming community and the rank/ladder systems highlight potentially able players, more and more people resort to illegal means of success such as cheating. Mobile platforms as well as desktop ones suffer from hacks that ruin the charm of any and every game for players across the globe. Imagine, for instance, that you are playing COD: Mobile and during the last deciding kill, you find out that the enemy is literally immortal. Or, imagine an enemy in League of Legends that already knows the placement of all of your wards. Such players not only ruin the game for others, but for themselves as well.

Keeping the above etiquettes in mind will definitely improve the gaming community. Remember that it’s never a matter of ‘if others don’t do it why should I?’ rather it should be a matter of ‘let’s set an example for everyone’. Even the little acts of decency particularly in the gaming community can lead to mass effects, and everyone can benefit from them. 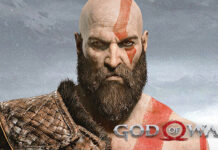 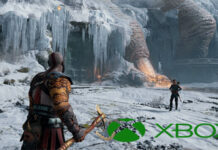 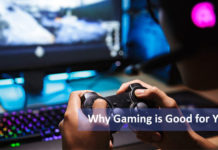