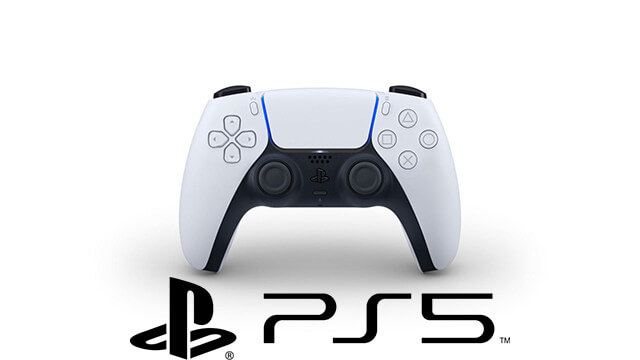 The PlayStation has consistently kept its reputation up by contributing more and more to the AV world than just games. Launch of DVD playback, Blu-rays, and 4K streaming over the years, can be quoted as an example. But the question here is what updated features will the PlayStation 5 bring to the table at its launch? Rumors are that it would be an 8K launch, some say that Sony would bring about changes in optical media input, but none of this is official. Till the day, no one knows about the release date or even about how much will it cost, on the launch. The following article comprises and highlights all the features, Sony has revealed but still, there is much about PS5 that is yet to be uncovered.

The company announced that there would be live streaming of a PS5 game event on YouTube dated the fourth of June. More to this, Sony has officially announced that this console will be released in time for the Holidays of 2020, so it can be estimated that it would come in the market sometime between October and December. Despite a rumor floating that the PS5 release date has been delayed due to COVID’19, Sony gave an official statement confirming no more delay in its release. Sony also confirmed it would be released by the end of 2020 regardless of this pandemic widespread.

Before its official launch, Sony revealed that the PS5 will accompany another gamepad that Sony is currently synchronizing up with the DualSense PS5 controller. However, if you think that would resemble the DualShock 5, you might be wrong. The PS5 controller has a contrasting and bold shade-scheme of black and white. The major innovation observed in PS5 controllers was making L2 and R2 shoulder buttons, adaptive, by introducing a haptic feedback sensor inside both the shoulder buttons. Sony elaborates that this adaptive technology is significant to let players feel the pressure of their actions while gaming. The PS5 DualSense controller would have a microphone for making the gaming experience better by permitting gamers to communicate even if their headphones aren’t working. Moreover, the SHARE button on PS controllers(PS4) is now to be replaced by the CREATE button. However, it still would be on the same spot and would also allow you to share the gameplay content, globally.

It’s a fact that there’s still been no official PS5 design reveal, however, uncovering of the DualSense PS5 controller has given us a slightly-smart idea of what we can expect from this latest-generation gaming console. the cutting edge comfort to resemble. What’s promptly striking about the DualSense controller is its new design. Specifically, its two-tone Black and White color scheme suggest its highly probable for us to witness a two-tone gaming console like the controller. A good guess for PS5 design could be a lush white body, paneled with minor black lining.

Starting with the Processor, PS5 has the latest AMD Zen2- based Processing unit with 8 cores at 3.5GHz that can also show variable frequency depending on the system load. GPU with Custom RDNA 2 architecture, is 10.28 TFLOPS and #^ CUs having a frequency of 2.23GHz. Coming towards memory, PS5 would have a 16 GB RAM GDDR6 / 256-bits with a memory bandwidth of 448GB/s. Such a memory bandwidth is not observed before in any gaming console. The console would have 825GB Solid-state drive and IO throughputs of 5.5 GB/s(raw) or typical 2-9GB/s (compressed). A USB HDD drive port can be connected as external storage but it would only run PS4 games. A 4K UHD Blu-ray drive is used as an optical drive. It would be a developer-friendly interface without alienating the ones who are now comfortable with developing on the PS4.

Regarding gaming experience, the PlayStation 5 will not let us down, with the framework system affirmed by Sony to come stacked with a CPU based on the third generation AMD’s Ryzen line processors that would deliver 8-cores and the company’s new 7nm Zen 2 micro-architectural design. That’s not it, PS5 would come in market with a custom Radeon GPU that originates from its progressed Navi family and is pre-equipped for beam tracking. This is one of the biggest reasons why PS5 games would not at all be like the ones playable on PS4.

The PS5 will come equipped with a custom 3D sound unit inside its AMD processor. The purpose behind this was clarified by Cerny in an announcement that it’s quite frustrating for a gamer to absorb the fact that the audio advancement was not major between PS4 and PS3. Launch of this latest console will clarify that applying significant measures of hardware to the console can certainly enhance the audio experience on a drastic level. It is generally said that a quality sound is essential to enjoy a title to the maximum level, so introducing a console having 3D audio experience without relying on any external hardware would genuinely be incredible.

Having a Solid State Drive (SSD) for storage is a big deal as it permits games to load and run a whole lot quicker compared to a standard hard disk drive (HDD). This permits gamers to make the most of their PS5 games in less time. It would load a game 18-times faster than the PS4. It would just take 0.8 seconds for a level to get ready to play, contrary to this PS4 used to take 15 seconds for this purpose. Technically, this symbolizes a solid 1774% increase in speed. Say Goodbye to problems like immersion-shattering, late texture, and geometry pop-ups with the all-new PS5 gaming console.

This might be the last confirmed feature but it surely the most potent of all is that the PS5 would bolster the PlayStation VR headset along having the capability to pair perfectly with the wireless PSVR 2 follow-up headset (rumored). This would give Sony a lead as no Xbox till the date offers VR-gaming of any degree.

Although there is no official announcement regarding price an educated guess rounds up its price to about 449 Dollars for the USA and 449 Pounds for the UK. This figure is much close to the prediction of an analyst from last year i.e. 499 Dollars. It’s just a rumor but the aforementioned prices are estimated after analyzing certain factors so the original price on its release is expected not to deviate too much from this value. Talking about affordability, there is another tittle-tattle on social that the PS5 could be an all-digital download plus stream-centered console. 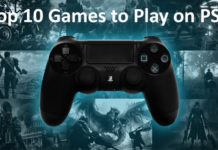 How to Play Zombies on Call of Duty Mobile: A Detailed Guide